Despite being British, and living in the country in-between trips abroad for my entire life, I have to admit that it’s taken me a while to fully appreciate the United Kingdom. I lived in a suburb of London until I was 18 years old, and then moved to the West of England; this and subsequently meeting people from all over the country and exploring new regions of the UK made me realise how there’s loads of unique things to do in the UK and what a beautiful island I live on.

As I travelled abroad and started to meet people from all over the world, I learned that many yearn to explore the Yorkshire dales, the southern Cornish islands and the beautiful ancient universities of Oxford and Cambridge. I realised that, for a country of such a tiny size, there’s a huge amount of culture, history and landscape packed in. Even though I’m soon to be venturing to the antipodes, I finally have a sense of the beauty and individuality of the country that I’m leaving behind me. 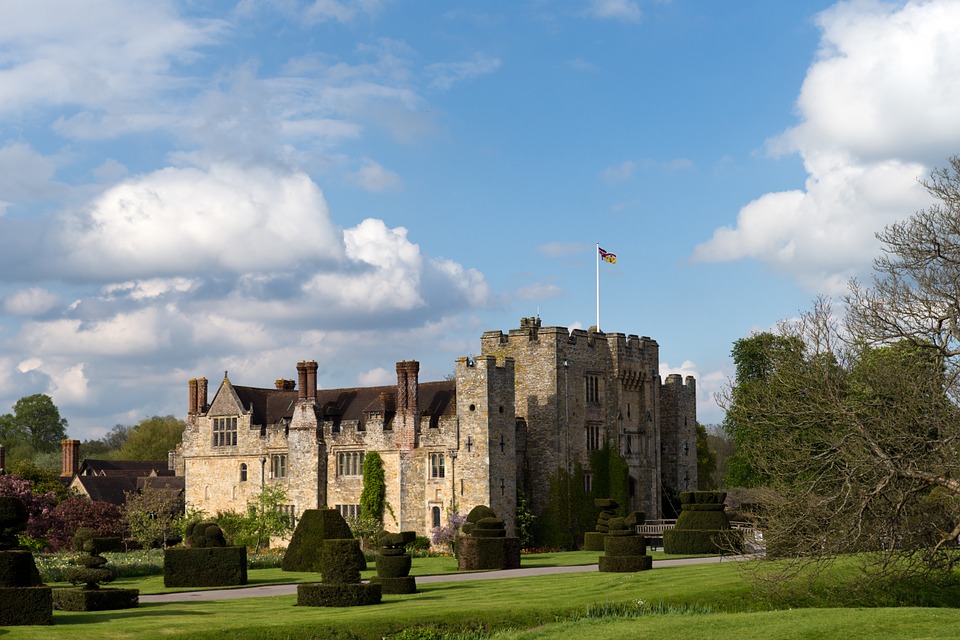 I’ve still explored painfully little of the UK, and I know that there’s so much more to check off my Great British Bucket List! But here’s the 100 things that I have either been to and loved, wish to go to one day, or great things to see and do that other bloggers have recommended.

Click on the map to view the best things to do in a certain area, or scroll down to read the entire UK bucket list!

Where better to start this UK bucket List than the capital of the country? One of the most famous cities in the world, London is the centre of British society, with a compelling history, ever-changing arts culture and a vibrant atmosphere. Read on for the popular, touristy attractions and more off the beaten path things to do in London!

One of the most famous churches in the country, the gothic style Westminster Abbey has been the traditional place of the coronation and burial of British monarchs. It’s actually not technically an Abbey, but a ‘Royal Peculiar’, which is a church responsible to the sovereign. Take a visit to Westminster Abbey and marvel at the majestic detailed interior carvings and tapestries; it is very easy to imagine somebody becoming a King or Queen here!

It’s ever so touristy, but if you only do one mainstream thing in London, make it the London Eye. It takes half an hour for your pod to travel the full length of the wheel, and the views of the capital sprawling out beneath you are absolutely unmatchable.

3. Admire Big Ben and go inside the Houses of Parliament

One of London’s most iconic structures; Elizabeth Tower which contains Big Ben, proudly stands on Southbank with the Houses of Parliament next door. On Saturdays and during parliamentary recesses, you can take an audio or guided tour of the houses. You will be taken through a thousand years of history and educated in the fascinating and complex tale of how British politics came to be today!

4. Take an unseen tour in Camden

By Laura from Grassroots Nomad

One of the more off the beaten path things to do in London is a tour led by the formerly homeless with Unseen Tours. One of the highlights of the trip was the climb up Primrose Hill to look out over London city. I have been to this part of London and have admired this view before, but for my guide Mike it isn’t just a beautiful view. It is a reminder of his old life and the bankers that caused the financial crisis and recession that changed his life forever.

This Anglican Cathedral is placed on Ludgate Hill in the City of London, and is dedicated to Paul the Apostle; founded in AD 604. It is one of London’s most notable sights. Take a guided tour of the cathedral and enjoy the fascinating history that the marvellous building revels in; and if you’re visiting on a Saturday, you can even climb the dome of the cathedral!

6. Look out over the capital at Greenwich Observatory

Known as the place where ‘East meets West’, the observatory is where GMT has been calculated for centuries. Here, you can stand with one foot in the Western Hemisphere and one in the Eastern, learn about the makings of the first telescope and educate yourself with how time was standardised in the UK the world! You’ll be sure to be graced with some outstanding views of London as well.

The famous Victorian bridge is open to walk over and explore, where you can enjoy the exhibition and monument, and learn all about its history. To look at the city from another perspective, you can walk over the glass floor of the exhibition, peering down 42 metres to see the city and River Thames sprawling below.

At 11:30am every day in the summer and on alternate days throughout Autumn and Winter, a patriotic ceremony takes place at Buckingham Palace, where the guards pass over duties as they change shifts. You’ll undoubtedly recognise the guards that stand outside the palace – with their red uniforms and tall black hats – as a symbol of Britain.

At this bustling North London marketplace, you can purchase all sorts of quirky clothing, jewellery and trinkets and enjoy food from all over the globe. The markets have a reputation of being somewhere a bit alternative, and you can find all sorts of non-conformist goods here! When you’re done shopping, you can take a seat by the canals and have a drink at one of the famous pubs…

10. Take a nighttime ceremony of the keys tour in Tower of London

A visit to the Tower of London, the UK’s most famous castle and jail (which has seen various regal prisoners!) is a must when you’re in the capital. If you want something behind the scene, you could go on an exclusive night time ceremony of the keys tour!

The clunk of the locks as the guards turn the keys and your small group is locked in the Tower of London. Then you’re reminded of the poor souls who were tortured and lost their lives here. Could those souls still be hanging around? – Tracey Neilson

Here’s some more information about visiting the awesome Tower of London!

Here is the world’s largest antiques market which boasts over 1000 stalls and shops who sell unique collectables and antiques. If you’re looking for something special to  commemorate your time in Great Britain, here’s the place! There’s also a huge amount of retro and vintage clothes on sale, some at amazingly cheap prices.

Written by Sally from Passport and Plates

You may know Brick Lane as one of the best places in London to “go for a curry,” due to its large collection of South Asian shops and restaurants. But besides the good eats, Brick Lane is home to the ultra-hipster Cereal Killer Cafe, the bustling Brick Lane Sunday Market, and incredibly cool street art. Quite the change from its old reputation as the scene of the crime of the Jack the Ripper murders, it is now truly a must-see neighbourhood in East London.

Some call it the heart of London; Trafalgar Square accommodates Nelson’s Column, stone lions and the Fourth Plinth. It has been an important square in the city since the 13th century and its name derives from The Battle of Trafalgar – a major London naval victory in 1805. It is the perfect place to sit and pass a few hours absorbing London life (as long as you avoid the pigeons!)

The museum houses 80 million items from botany, entomology, mineralogy, palaeontology and zoology departments. It is a fascinating tour through our ancient history and how this has enabled Britain and the world to evolve into the place it is today. There’s lots of great interactive activities and the museum is geared toward all ages!

Pssssstttt… Are you visiting London? Get your accomodation sorted on booking.com today! As a thankyou from myself and booking.com, if you book through Claire’s Footsteps, you’ll receive a £15 reimbursement back into your bank account after you stay – while still getting the same fantastic rates. Click here to check accommodation prices and to book!

Much of the South East is in very close proximity to the capital of the UK, however, the area basks in gorgeous countryside and enjoys stunning beaches. The closest point to the continent, the area revels in a rich history (although, hasn’t enjoyed the invasions too much!) which makes for some fascinating things to do in South East England, many of which are UK bucket list worthy. Check out these fascinating counties for a fusion of rural and urban societies and cultures.

The whole of Brighton was built up around the Victorian age, and the world-famous pier still retains a somewhat Victorian air. There’s a nationally famous fish and chip restaurant and various bars, arcade games and funfair rides to enjoy; this is proper British seaside fun!